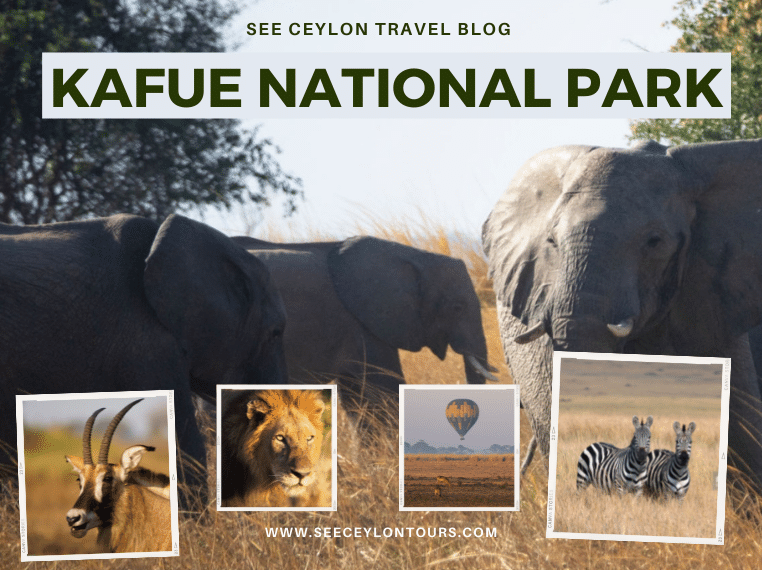 The Kafue National Park sprawls over 22,500 sq km in the Busanga Plains, one of Zambia’s most important wetland regions. Located to the extreme north of the Kafue River after which it is named, the Plains have remained astonishingly untouched, with minimal human interference and modern development. This is despite the park’s proximity to both Lusaka and Zambia’s Copper Belt. Despite the relatively poor quality of park management, Kafue with its raw and untamed beauty, continues to fascinate and draw visitors who stay at one of the many Kafue National Park hotels.

For the traveller, the flood-prone northern grasslands, the Busanga Swamp and plains offer the rare experience of exploring varied, stunningly beautiful landscapes with unique features and with the help of our Kafue National Park map location where you want to go. While going around on a Kafue National Park safari tour, you will be able to view enormous herds of herbivorous species as well as their predators.

The Busanga Plains are approximately 750 sq km in area; right in the middle is the Busanga Plains Campwhich is one of the Kafue National Park hotel where you can stay. During the dry season, as the vegetation decreases considerably, the animals remain in close proximity to the swamps and wet creeks, and can be spotted easily while on a tour in Kafue National Park . Birdlife is also present in significant numbers and bird-lovers will surely enjoy watching them.

Game viewers are spoilt for choice with the many things to see and do in Kafue National Park. This wilderness area is home to a truly remarkable number of predatory and herbivorous species that include cheetahs, lions, leopards, wild dogs, elephants and buffalo. Additionally, the Kafue eco-region is famed for several rare species and with all those species to see you will want to book yourself into one of the closest hotels in Kafue National Park. Lichenstein’s hartebeest, the elegant roan, sable, omnipresent puku and the tiny oribi are but a few examples of the animals native to this region.

The herds of lechwe (a type of antelope), numbering in the hundreds, are a sight that will remain with the viewer long after leaving the Kafue. After the rainy season, it is possible to sight large pods of hippos wallowing in the shallow ponds of the Busanga wetlands. Large pelican flocks, crowned cranes and wattled cranes are a birdwatcher’s delight in the plains, during specific periods of the year.

The Kafue River’s largest tributary is the Lunga River in the park’s north-east. Its deep, crystalline waters flow in a north-south direction through a landscape with vegetation that varies fascinatingly, from Miombo woodlands to riverine species and the open, grassy wetlands known as dambos. There are large stretches of teak forests and several specimens of the impressive ‘candelabra’ tree. At many places, there are huge, black boulders clustered together, which the unknowing visitor might mistake for herds of elephants. Another distinctive feature of the Busanga Plains are the innumerable, knobbly termite mounds dispersed all over the plains.

A large hippo population is to be found in the Lunga River. Herds of buffalo, elephant bulls and leopards, wildebeest and zebra are also fairly common sights. Additionally, there are pukus and impalas aplenty, besides many species of special interest to travellers, like yellow baboons and the shy tree hyrax, close to the Busanga Bush Camp.

Zambia has a polyglot population, with over 70 ethnic groups. Bantu is the language spoken among many of them. The Bemba, Nyanja and Tonga make up the largest communities. Bemba, Luvale, Lozi, Tonga and Nyanja are some of the more than 70 African languages spoken here. English is the state language.

Apart from game-viewing, it’s also worth visiting the ‘Treetops’ Conservation School Camp, near the Busanga Flood Plains, where you can see an enormous specimen of a baobab tree. With a view to educating and involving future generations in conservation efforts, the school takes in small groups of children for training programmes during the summer season. At one time during its history, the park had fallen into deep neglect, but was fortunately revived thanks to the initiatives taken by a group of schools in Lusaka, the state capital. 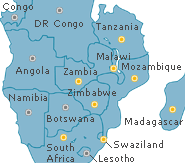